Crow addresses how the human and natural worlds collide within the phenomenon of roadkill. Nature seems absent from death that is caused by an onrushing vehicle at violent speed. I struggle to see how a man-made machine is part of the natural cycle of life, and have no spiritual context in which to mourn this interloping loss.

Growing up in the rural Midwest, it was common to see carrion and blood splatters on the country roads. Near the murder scene reliably perched the crow, its banshee caw like a harbinger of death but also a promise of something new. Seeking a more transformative meaning to this unnatural passing of animal bodies, the crow comforted me with its untranslatable wisdom.

In my work I use bronze casting to document and sustain the fleeting, forgotten and overlooked. Bronze is also used in various forms of remembrance of the deceased. Using fragmented deer antlers from a skull found on the side of the road, I reimagined it as a modern death spirit cast in everlasting bronze. 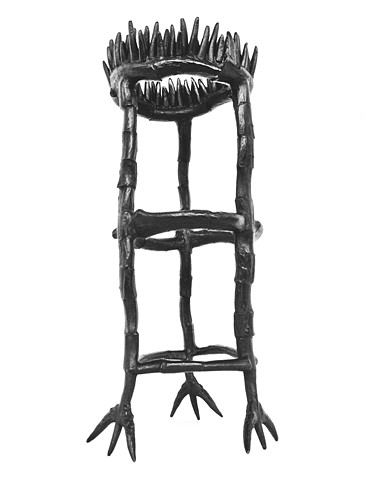 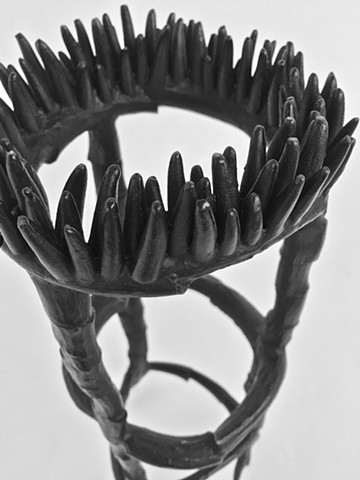